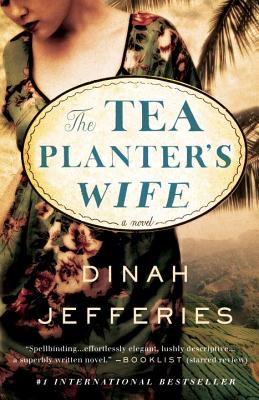 In this lush, atmospheric page-turner, nineteen-year-old Gwendolyn Hooper has married Laurence, the seductively mysterious owner of a vast tea empire in colonial Ceylon, after a whirlwind romance in London. When she joins him at his faraway tea plantation, she's filled with hope for their life together, eager to take on the role of mistress of the house, learn the tea business, and start a family. But life in Ceylon is not what Gwen expected. The plantation workers are resentful, the neighbors and her new sister-in-law treacherous. Gwen finds herself drawn to a local Sinhalese man of questionable intentions and worries about her new husband's connection to a brash American businesswoman. But most troubling are the unanswered questions surrounding Laurence's first marriage. Why won't anyone discuss the fate of his first wife? Who's buried in the unmarked grave in the forest? As the darkness of her husband's past emerges, Gwen is forced to make a devastating choice, one that could destroy their future and Gwen's chance at happiness.